A very torturous road in the Thorsmork park area leads right up to a glacier nestled in a mountainside. This, as noted in the previous post, is not that remarkable. However, this glacier was unique. Somehow, a stream had burrowed through it, opening up a cave through which it flowed straight out of the glacier’s face. Though the footing was precarious, this was an opportunity not to be passed up. 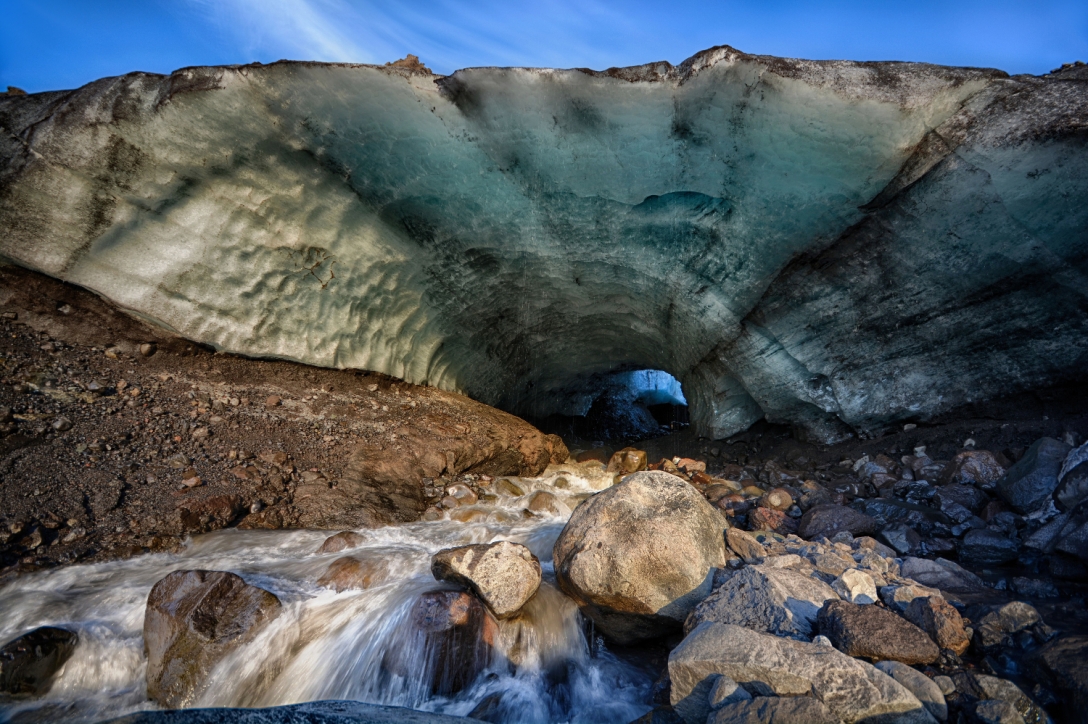 About fifty meters inside, a natural skylight opened up in the cave. Though it was possible to travel further upstream, the darkness within made that too risky, at least while laden with expensive camera gear.

The view back toward the mouth of the cave offered the most spectacular view, with the late evening light bringing out the details of the ice walls. 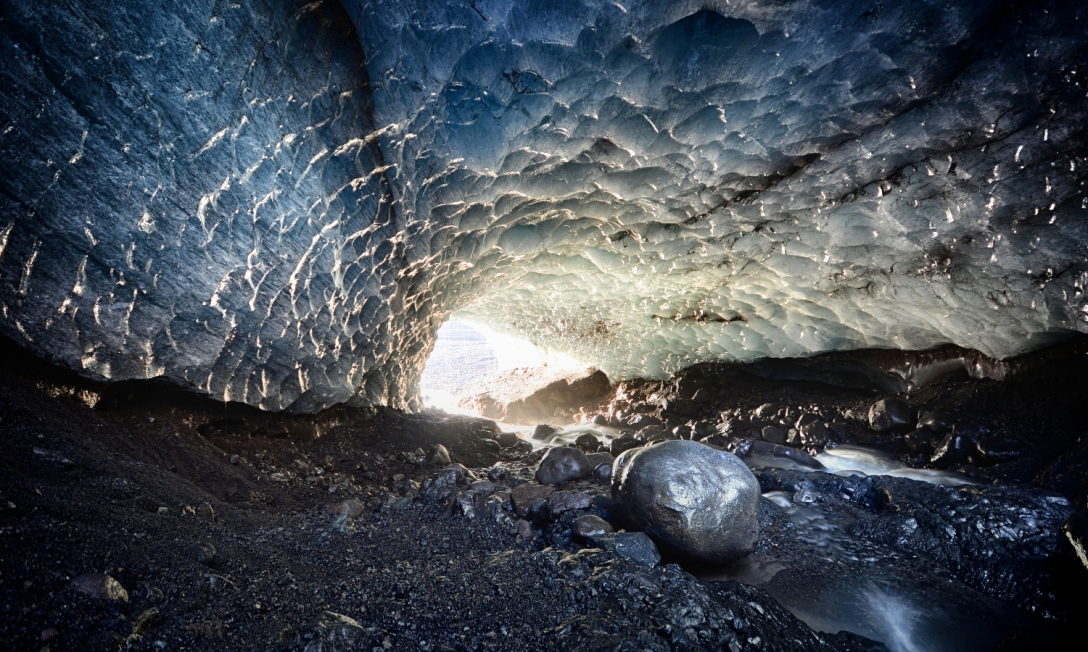 Whatever else might befall us on this trip, we would tell ourselves later, we had gotten inside a goddamned glacier.

One thought on “Up Close And Personal With A Glacier”