Pecherska Lavra, or the monastery of the caves, sprawls across one Kiev’s many hills. Unfortunately, the day I was there, the caves were not open to tourists. The churches, however, made for great photos, until a stern lady shooed me and my camera out.

In general, Orthodox churches are more photogenic than others. Catholics, too, will cram their altars with glitz and glitter, but the Orthodox have one item which literally stands out: the iconostasis. This gilded wall of icons faces the nave, where congregants gather, from the sanctuary, where only priests are allowed. The traditional architecture of these churches often lacks the amount of stained glass that their western counterparts have, so the interiors tend to be darker, moodier, but also dazzling with gold. 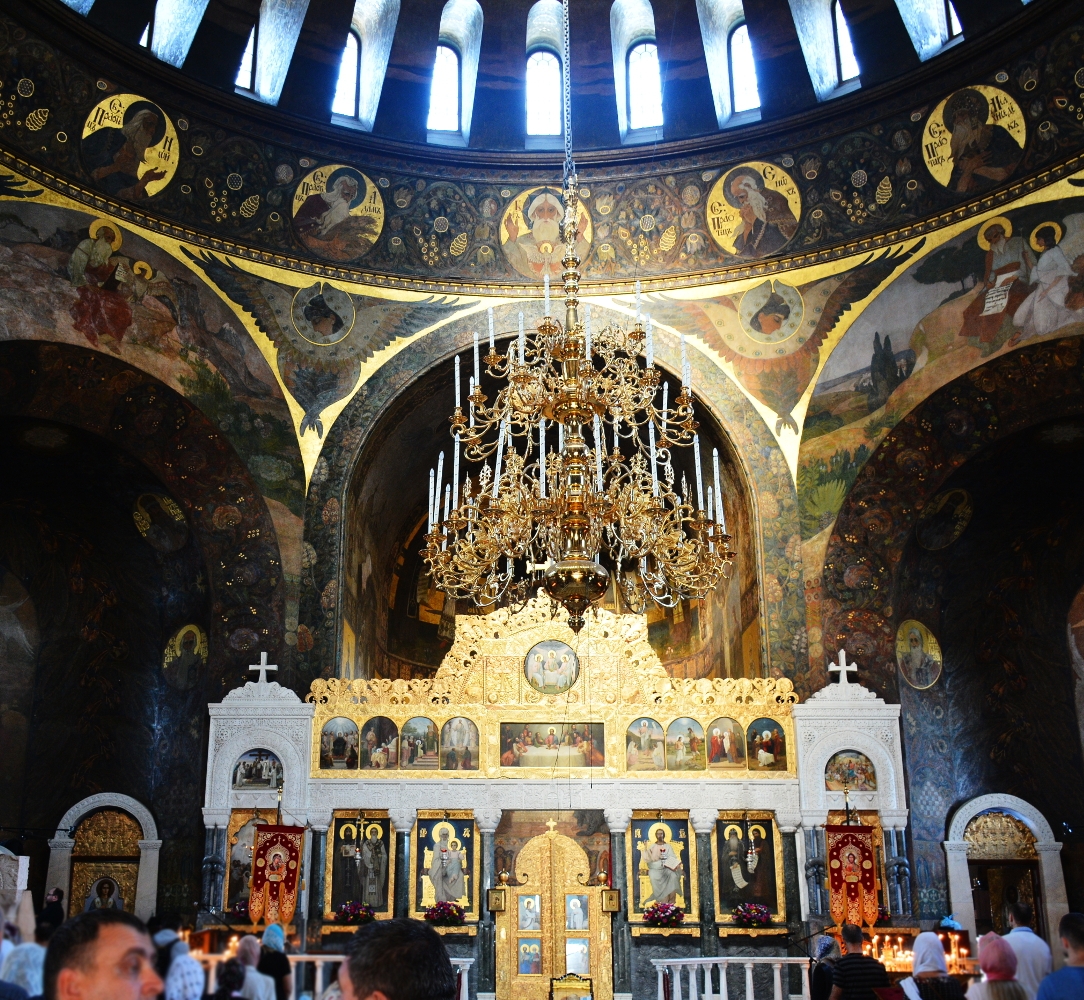 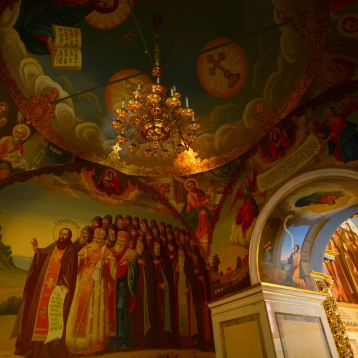 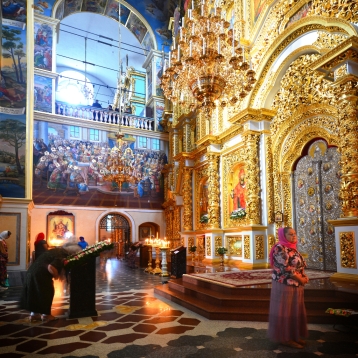 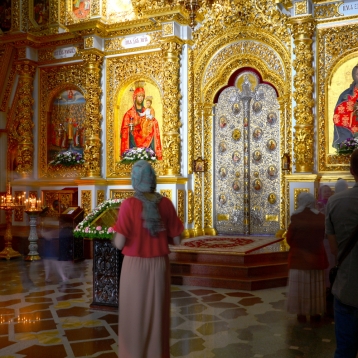 In  the courtyard there was a small pavilion with a holy water drinking fountain in its center. 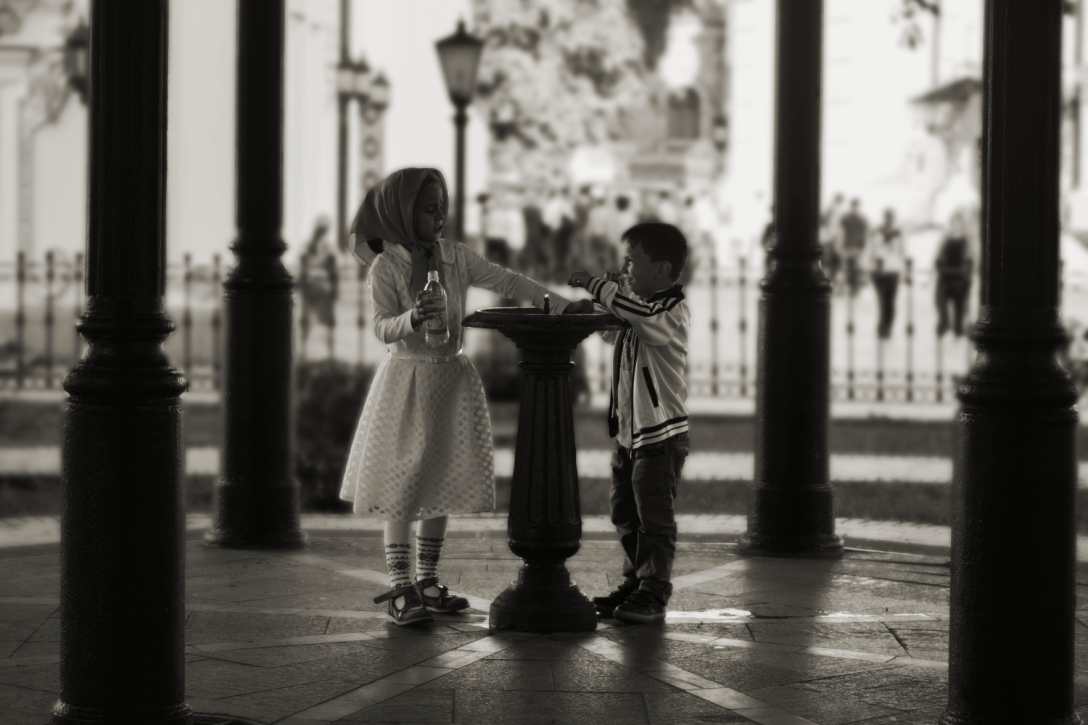 One thought on “The Monastery of the Caves”